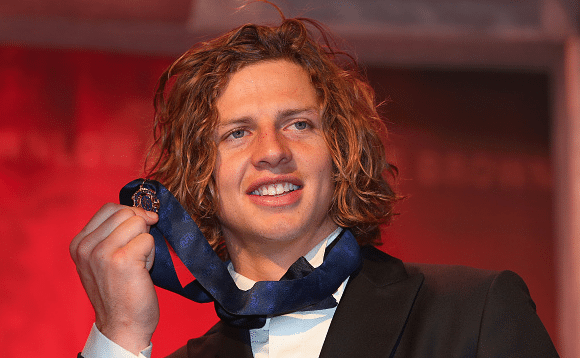 Fremantle star Nat Fyfe has taken out the 2015 Brownlow Medal.

The 24-year-old polled a record 17 votes in the opening eight rounds to set up the win.

Fyfe became the first player in 50 years to win the Brownlow after missing four games.

Adelaide’s Eddie Betts was named the winner of the 2015 goal of the year, while West Coast’s Nic Naitanui took out the 2015 mark of the year.