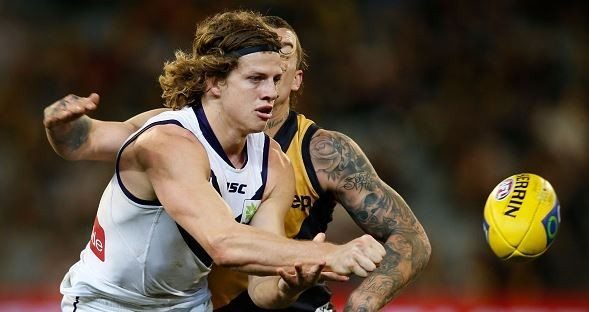 The Dockers are still unsure if Nat Fyfe will return to face the Saints this week.

Fyfe was left out of Fremantle’s side against the Giants due to a groin problem.

Coach Ross Lyon said Fyfe trained on Sunday morning but was no guarantee to be named this week.

Meanwhile, Brisbane’s Dayne Beams may miss the rest of the season, after Dayne Beams’ shoulder injury resurfaced against Geelong on the weekend.

Beams has been carrying the injury for a few weeks and was set to have surgery at season’s end. However, after re-injuring his shoulder on Saturday, the 25-year-old will have surgery this week and is likely to miss the rest of the season.

Port Adelaide’s Ollie Wines may also be out of action until next year after dislocating his shoulder on Sunday against St. Kilda.

Wines will have scans in the coming days, but if there is any risk of further injury, the Power are unlikely to risk playing the youngster again this season.