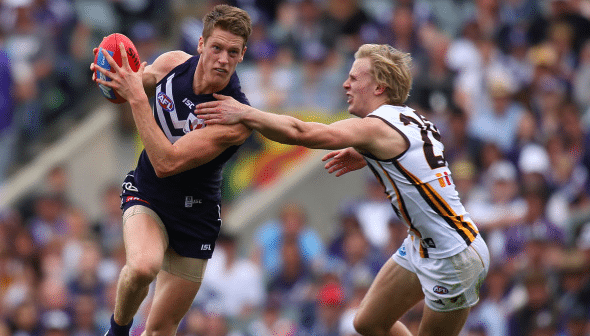 Fremantle have re-signed Connor Blakely and Matt Taberner for a further two years.

Blakely, who is yet to make his senior debut after being taken with pick No. 34 in the 2014 National Draft, will remain with the club until the end of the 2017 season after earning a contract extension with some impressive form for Peel Thunder in the WAFL.

Young forward Matt Taberner has also signed on after cementing his place in the side this season.

Ranking the top 10 AFL midfielders since 2010