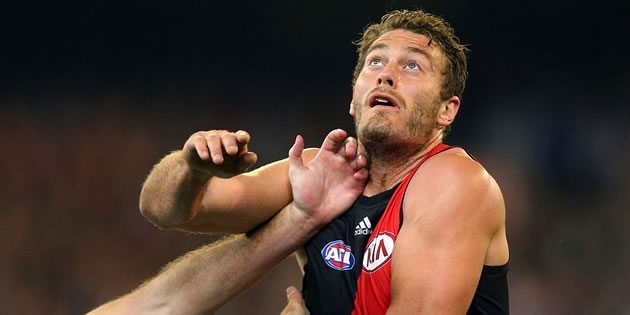 Essendon ruckman Tom Bellchambers is keen to hit form before properly beginning contract discussions with the club, after missing most of last season with an ankle injury.

The club’s No.1 big man also revealed he had rejected an offer by Greater Western Sydney the last time he fell out of contract, in 2013, when he recommitted to the Bombers.

The 25-year-old is Essendon’s only restricted free agent this year, and is entering the peak of his career.

Bellchambers’ two-year deal expires at the end of this season, a contract that he signed after overlooking a lucrative offer put forward by the Giants.