Essendon has re-signed backman Patrick Ambrose for a further season, keeping him at the club until the end of 2017.

Ambrose has revelled in his new role this season after moving from the forward line to defence, which has seen him play 15 games this year, including 11 of the last 12 games. 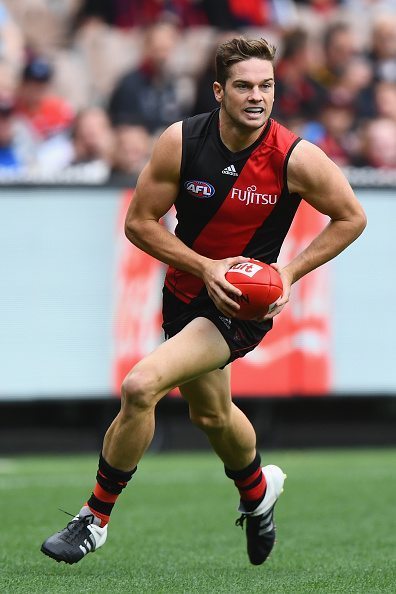 “I am really looking forward to continuing my career at the Essendon Football Club in 2017,” Ambrose said.

“We have a clear vision at the Club and will continue to challenge ourselves as we strive for sustained success. I am really excited about what we can achieve together.

“I’m enjoying playing my football under Woosha, the playing group is working hard and demanding elite standards of each other, and I’m really excited about what we can achieve together over the coming seasons.

“There are three games to go this season, which gives me three opportunities to improve and work on my role as a defender, and for the playing group we’ll use every minute to develop and get better for next season.”

He has played a total of 47 career games since being selected with pick No.26 in the 2013 Rookie Draft after playing with Coburg and then Essendon in the VFL.

“When I arrived at the Club, Patty was renowned as a tough, hard running forward. However his natural athleticism, inner hunger to compete and selfless nature has seen him slot in seamlessly into our backline,” Worsfold said.

“Patty’s a powerful and competitive beast, he’s got a huge engine which has seen him opposing some of the competitions most dangerous forwards, including Jack Riewoldt, Matthew Pavlich and Jeremy Cameron.

“Patty is a heart and soul player who works hard to get everything out of himself. We’re really excited about where we are heading as a Club and to have Patty part of this journey next year is fantastic.”