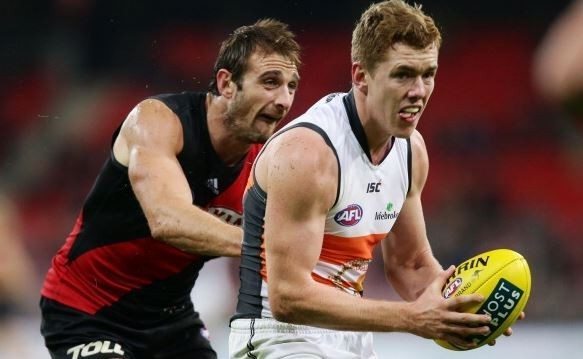 GWS midfielder Jacob Townsend has joined Richmond in exchange for pick No. 70.

Richmond also received pick No. 120 from the Giants as part of the deal.

He joins the Tigers on a two-year contract, having been staved of consistent senior chances at the Giants.

“He’s obviously missed some opportunities as a lot of young players at GWS have over the last few years,” Richmond football manager Dan Richardson said.

“We think he can add something to us and help our midfield out.”

The 22-year-old has played 28 AFL games but just one this year, with a foot injury taking a chunk of his season away before he resumed in the NEAFL in round nine.