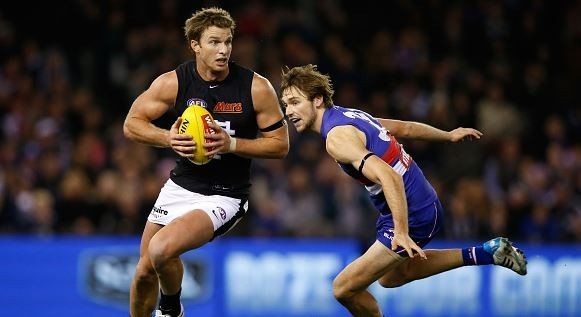 Geelong has secured Lachie Henderson, after the Blues agreed to trade the 25-year-old to the Cats for Geelong’s first round draft pick in the 2016 National Draft.

Henderson has played 117 AFL matches for Brisbane and Carlton.

He also grew up just 60km south-west of Geelong.

Henderson was drafted by the Lions with pick No. 8 in the 2007 National Draft, before being traded to Carlton in 2009 as part of the deal that saw Brendon Fevola become a Lion.

Henderson finished second in the Blues’ best and fairest in 2013.

He joins Scott Selwood and Patrick Dangerfield as new acquisitions to the Geelong list this trade period.