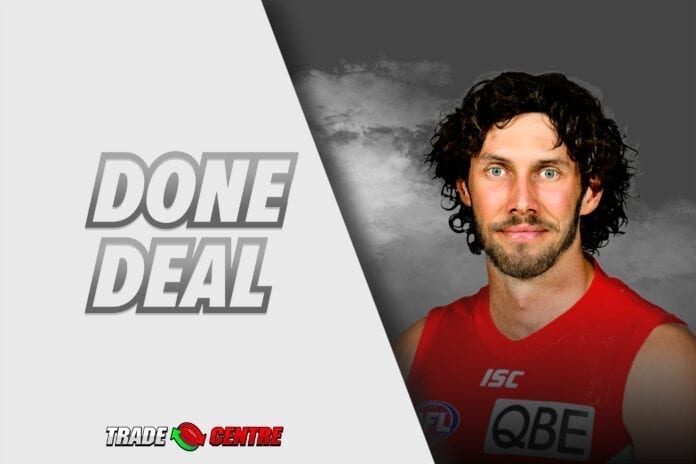 West Coast ruckman Tom Hickey has been traded to the Sydney Swans in a deal involving multiple picks.

The Eagles have sent Hickey and Picks 34 and 60 to the Eagles for Picks 58, 62, a future second rounder and future third rounder.

It marks Hickey's fourth AFL club, with previous stints at the Gold Coast Suns and Saints before arriving at West Coast.

Swans GM of Football Charlie Gardiner was thrilled with the 29-year-old's acquisition.

“We’re excited to have secured Tom from West Coast as we think he is a great addition to our ruck group and we had targeted this as a priority during this year’s trade period,” Gardiner said.

“Once Tom indicated a desire to return to the east coast to be closer to his family, we were very keen to get him to our club.  We worked collaboratively with the West Coast Eagles to reach a mutually favourable outcome.

“Tom is a proven performer in the ruck at AFL level with a career spanning over 100 games across 10 seasons and we look forward to welcoming Tom, his wife Chloe and son Lou to Sydney.”