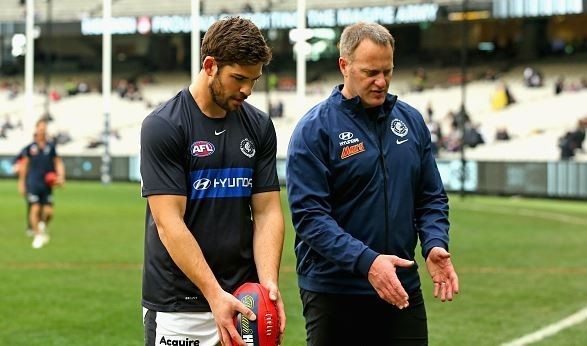 Casboult is contracted for next season, however, Fremantle will reportedly make a play for the 25-year-old if the deal for GWS forward Cam McCarthy falls through.

Despite McCarthy stating that he wants to return home to play for Fremantle, the Giants have so far been adamant that they will not trade the key forward.

Carlton has stated that it would be willing to entertain offers for Casboult should he attract interest.

Casboult has kicked 53 career goals in 52 games with the Blues.