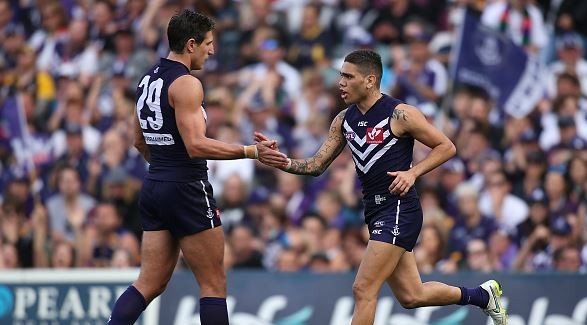 Fremantle coach Ross Lyon has named six players who will definitely be rested for Saturday’s clash with Port Adelaide, however more are likely to follow.

Captain Matthew Pavlich, Luke McPharlin, Aaron Sandilands, Stephen Hill and Lee Spurr will be taken out of the side, while Michael Walters won’t be risked after he missed last week with calf soreness.

Injured duo Hayden Ballatyne and Cam Sutcliffe will also miss again, but Lyon said they are both on track to return for week one of the finals.