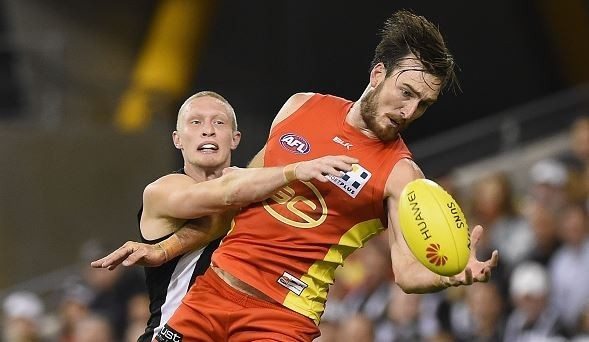 Port Adelaide is primed to follow up its “steal” of Melbourne midfielder Jimmy Toumpas with Gold Coast key forward Charlie Dixon — even if the Suns do not close a trade with the Power by Thursday.

As Toumpas, a first-round draft pick in 2012, on Monday night prepares for his homecoming, Dixon reaffirmed he wants to join Port Adelaide and will not fall back to the Gold Coast if his trade impasse leaves him in the AFL’s “no man’s land”.

Dixon, 25, is committed to nominating for either of the AFL drafts — national or pre-season next month when the Power has pick No. 10 — and is confident of reaching Alberton where he has a five-year deal worth $3.1 million to sign.

This would leave Gold Coast empty handed. The Suns currently have the Power’s first-round draft pick (No. 10) on offer but are demanding two first rounders.