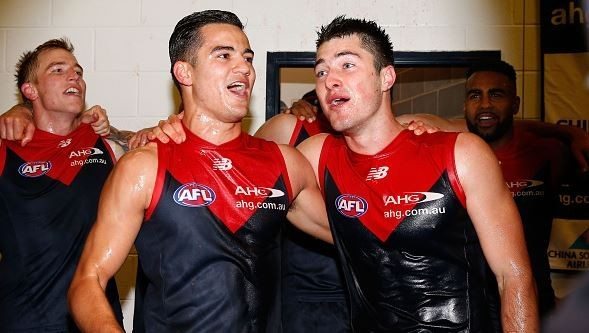 Melbourne has re-signed Alex Neal-Bullen and Bill Stretch until the end of 2017, while Mitch White and Max King have both been retained on the rookie list.

“Both of them were able to play 11 AFL games in their first year and with a full pre-season leading into next year and the year after, we think they’re going to continue to develop into good AFL players.

“They (White and King) have both accepted additional years on their rookie contracts.”