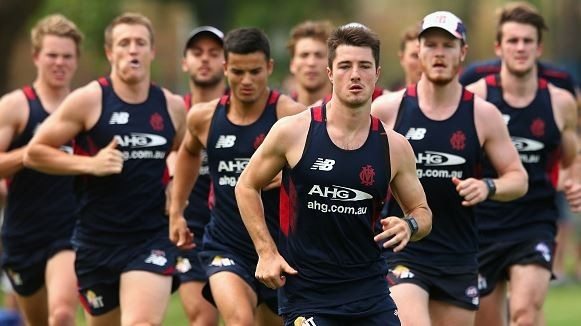 Melbourne has changed its club logo yet again, making it the fifth logo in 20 years.

The club is launching the logo on Thursday through a series of giveways, involving free coffee and water bottles with the new logo on them.

The Demons last changed their logo in 2004.

The Dees will officially launch the new logo at 5pm, with young stars Jesse Hogan and Jack Viney to mark the occasion with a kick to kick at Yarra park.

In case you missed it … Melbourne looked pretty #SPECTREacular this morning pic.twitter.com/YSsJoLaqFT

Michael of @soulkitchencafe serving some great coffees to his loyal fans outside the @artscentremelb pic.twitter.com/h9tUYuaBtl