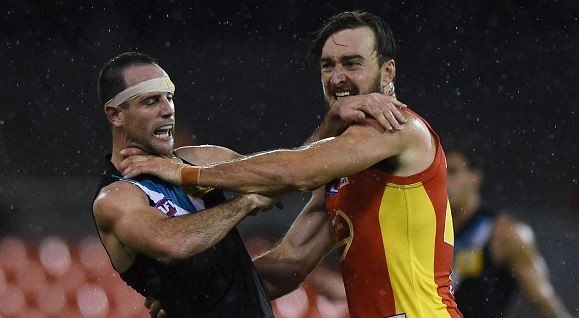 The Power have their work cut out this trade period, with Melbourne and Gold Coast demanding more than what Port Adelaide is offering for Charlie Dixon and Jimmy Toumpas.

Gold Coast football boss Marcus Ashcroft arrived at trade talks at Etihad Stadium this morning saying Port Adelaide had to deliver more than its first-round draft pick (No. 10) for Dixon.

Melbourne football chief Josh Mahoney entered the trade talks saying the Demons were preferring to hold Toumpas, a first-round pick (No. 4) in the 2012 national draft.

The Power is understood to have its second-round draft pick on offer for the 21-year-old South Australian — or potentially one of its midfielders, such as Aaron Young and Andrew Moore.