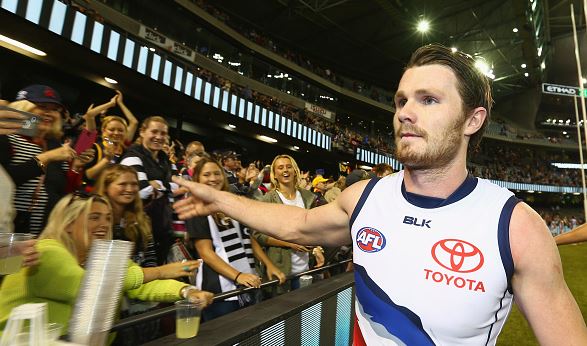 Outgoing Adelaide star Patrick Dangerfield will reportedly demand a one-year contract if he is picked up by a club other than Geelong.

Dangerfield is set to inform teams with higher picks than Geelong in the pre-season draft that he will only stay for one year before trying to join Geelong, should they claim the 25-year-old.

Dangerfield could end up in the national draft if Adelaide match Geelong’s free agency offer and a trade deal cannot be negotiated between the two parties.

If a club did want Dangerfield, they would have to use a premium top 10 pick on a player who would only serve them for one season.