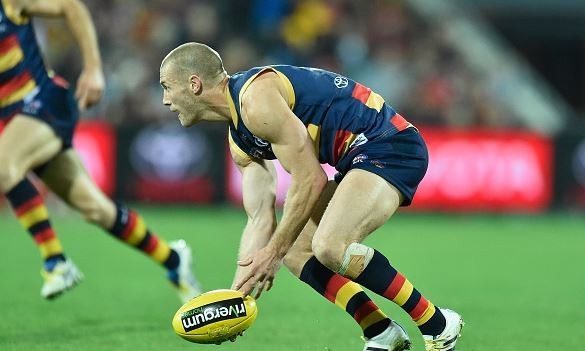 Adelaide veteran Scott Thompson has signed a one-year contract extension with the club.

Thompson has showed no signs of slowing down this season, averaging 27 possessions per game, ranking sixth in the league for contested possessions and clearances.

The 32-year-old has played 282 career matches, 39 for Melbourne and 243 for the Crows and will next year become the fifth Crow to play 300 AFL games.

Thompson said he is excited about what the current group can achieve.

“There’s a real sense of enthusiasm and determination among our playing group,” he said.

“It’s really exciting for our club and our supporters to be back in the finals this season, and I’m committed to helping this team achieve success.

“I feel I still have a lot to contribute not just on game day, but also in mentoring our younger players coming through.”

Why hasn’t Cripps re-signed with Carlton yet?