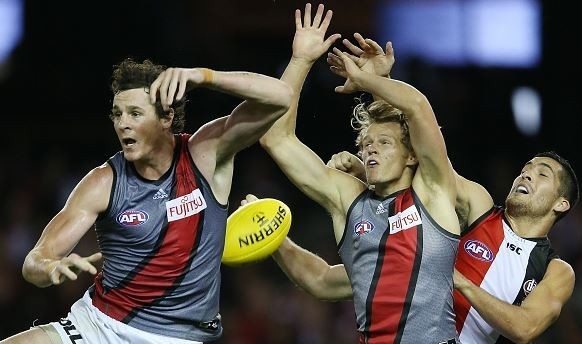 Jakes Carlilse has officially nominated St Kilda as his preferred destination next season, but claims he is “not running away from anything,” at the Bombers.

Carlisle told AFL Trade Radio that he will be playing at the Saints next year, coming to the realisation that he was finished at the Bombers with one week remaining in the season.

“It was very hard,” he told Trade Radio.

“(I had) six years there, we’ve had a lot of ups more so than downs.

“A week to go in the season that’s probably when I knew. I just tried to give everything to Essendon. As things happen, you just part ways.

“I’m very positive about it. I don’t hold grudges to them and hopefully vice versa as well.”

The 23-year-old said he is not fleeing from the club due to the ongoing supplements saga.

“I’m not running away from anything, hopefully I’m just running towards something that is very good,” he said.

“I’m not really worried about what’s coming up (from a WADA perspective).

“With a fresh start, I wanted to go somewhere where I could build something with a young group.”