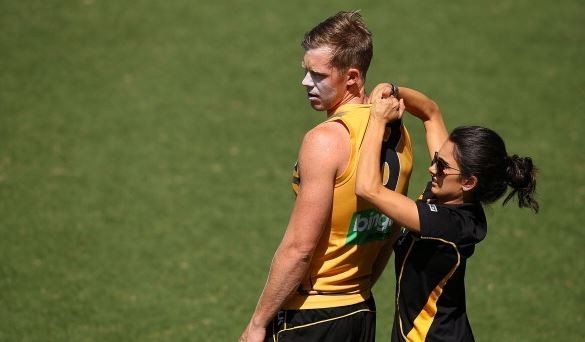 The AFL has forced clubs to switch GPS providers against their will in a severe case of conflict of interest.

The Herald Sun has revealed that clubs will now have to use a different provider to track important player information, with the AFL controversially choosing a company that it part owns to supply GPS data to the clubs.

Club officials are said to be furious, with a risk of years of valuable player tracking information being lost.

All 18 clubs reportedly voted for Catapult Sports to continue their supply of GPS data, however, the League opted to begin formal negotiations with Champion Data.

The AFL owns 49 per cent of Champion Data and two League executives, Simon Lethlean and Andrew Dillon are directors in the company.

“I think the view is the clubs haven’t been considered in the decision-making process and that is certainly frustrating,” a top-ranking club official said.

“All 18 clubs voted for Catapult.

“Switching systems means the historical GPS data will be useless. They are not compatible.

“Every AFL club has collected player data in regards to injury history, running loads, everything. But we are now being asked to use a different system and that means starting again.

The contract with Champion data would begin in 2017, the same time the new broadcasting rights is set to begin.