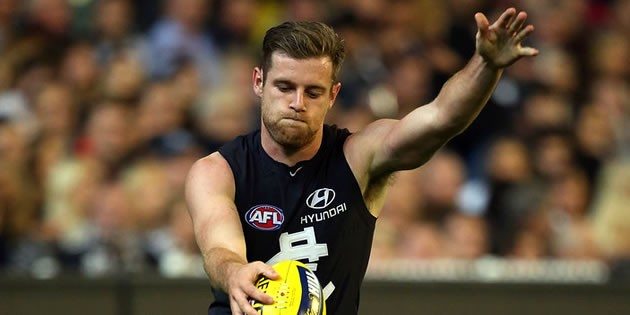 Carlton has received a welcome boost after its tough start to the season with emerging defender Sam Docherty re-signing to the end of 2018.

Docherty had been contracted to the end of 2015 with a trigger clause for 2016, but the 21-year-old recently signed a new three-year deal with the Blues.

Carlton football manager Andrew McKay told AFL.com.au that Docherty was a key part of the Blues’ future as they prepare to embark on a widely publicised list rebuild.

“We see Sam as 200-plus gamer here, we him staying here for the long haul and for him to put pen to paper for three years is really positive for us,” McKay said.