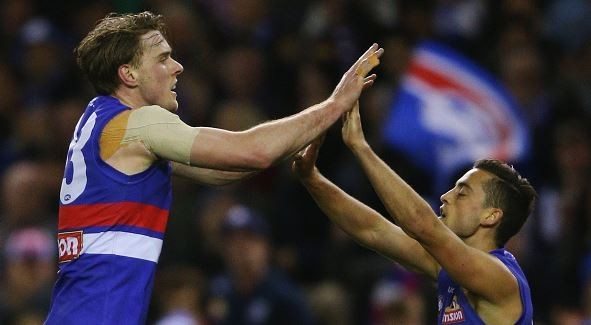 The Western Bulldogs have been dealt a blow ahead of the finals, with Jordan Roughead and Jason Johannisen both ruled out of this weekend’s elimination final.

Roughead tore a tendon off his finger two weeks ago against North Melbourne, while Johannisen has a calf strain.

Coach Luke Beveridge said Roughead may face season ending surgery, but a decision on that is yet to be made.

“Jordan Roughead won’t play this week. He has been pretty sore. He ripped a tendon off one of his fingers against North Melbourne two weeks ago,’’ Beveridge said.

“He has also been sore in a couple of other areas. Between Will, Tommy Campbell, Tom Boyd and Ayce Cordy we will need another ruckman.

“We will lose Jason as well. He has got a minor calf injury.”