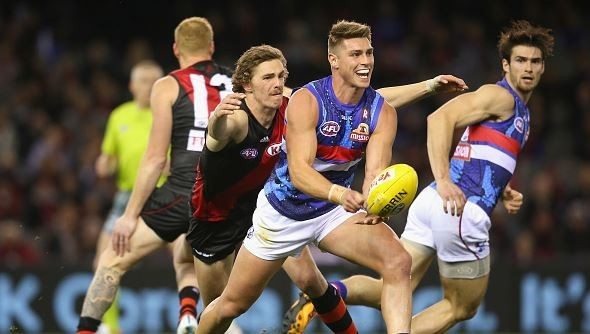 Out of favour Western Bulldogs defender Michael Talia is meeting with the Swans in Sydney today as he looks to find a new AFL home in 2016.

Talia, 22, was to meet with the Swans coaching staff and have the obligatory medical check and Sydney is believed to be keen to secure his services given that key defenders Ted Richards and Heath Grundy are in the twilights of their careers.

Talia, who has played 30 games since making his AFL debut in 2012, has also attracted interest from Essendon, Adelaide and Carlton during the trade period, which ends on Thursday.