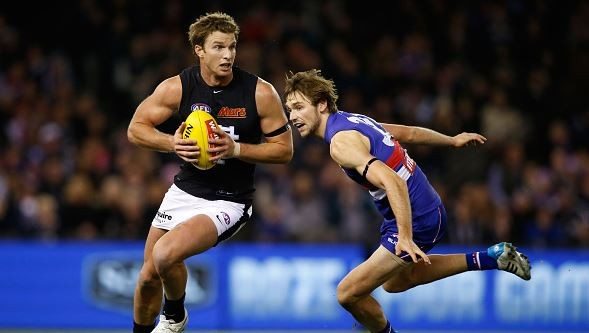 Former Carlton player Brock McLean says Henderson’s mum would have been better than Lachie at the Blues this year, sending this tweet yesterday.

After last week, it's clear to me the wrong Henderson got recruited to Carlton. Lachies mum showed more fight & grit than he had all year!!

Henderson informed the club last week that he wanted to be traded at season’s end, with the Blues then telling Henderson to leave the club immediately.

Henderson’s mum, Vonnie, spoke out in defence of her son over the weekend, who was heavily criticised by AFL chief Gillon McLachlan for telling the club of his decision with three rounds still to play.

“There is nobody more loyal to a club than Lachie Henderson,” Vonnie Henderson said.