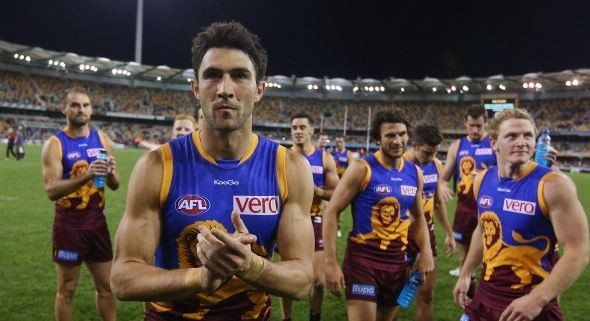 Staker played 110 games for West Coast, before crossing to Brisbane in 2010, playing 50 games with the Lions.

Staker told his teammates of his decision on Wednesday.

“It was a fairy tale for me to get drafted to the West Coast Eagles…also very grateful for having an AFL career,” he said.

“I felt to get to 160 games in 13 years was more than I ever thought I’d get out of myself, considering the last six years have been a real challenge.

“Currently where I sit I’m really happy with the career I’ve had.”

Staker didn’t forget to thank Barry Hall for making his mark on his career.

“Quick thank yous…obviously the first one, without any hesitation is to Barry Hall..I appreciate Barry for putting me on the map,” Staker said with a laugh.

Fighting back tears in front of his teammates, Staker also thanked his family for everything they have done for him during his career.

“Lastly, to my family…they’ve been really good, they’ve been great support coming from Broken Hill…I love you very much.”