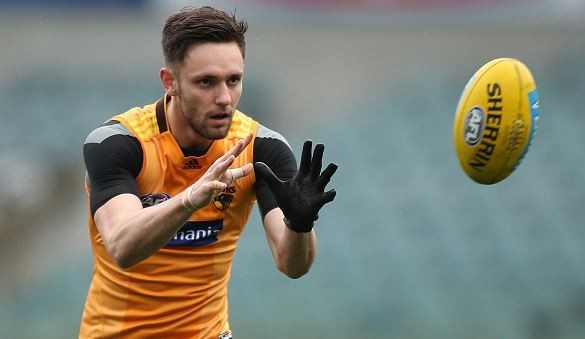 Hawthorn forward Jack Gunston has been officially ruled out the Hawks’ preliminary final clash with Fremantle.

Gunston injured his ankle against West Coast in the qualifying final 10 days ago and he was unable to prove his fitness in time for the match.

“We decided this morning that he’s not quite made enough progress to warrant his selection in the big final this week,” Fagan told HawksTV today.

“We’re happy with how he’s improved, but we don’t think that he’s quite at the level yet where he can play in a big final.”