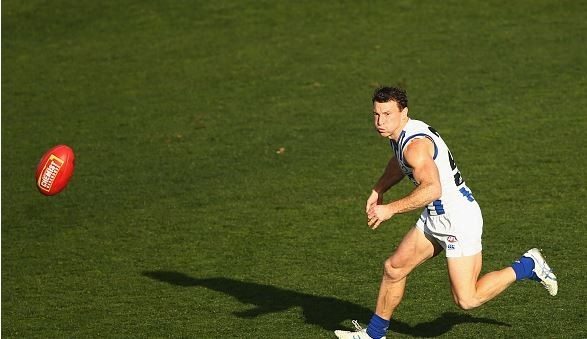 North Melbourne veteran Brent Harvey has re-signed with the Kangaroos for 2016.

The 37-year-old will get the chance to break Michael Tuck’s games record of 426 career games after the Roos announced on Thursday that Harvey has signed a new one-year deal.

Harvey, who played his 400th match against Brisbane in round 17, has not missed a game through injury since 2009.