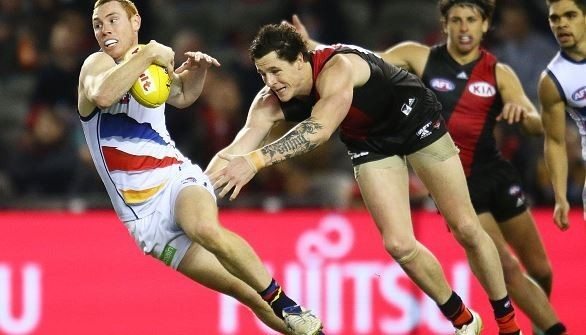 Essendon says it wants pick 5 for Jake Carlisle, after the former Bomber this morning nominated St Kilda as his club of choice.

“We are disappointed to lose Jake but our attention now turns to securing the best deal for the Essendon Football Club,” he said.

“He is the best key position player on the market.

“There aren’t many players across the competition that can take 19 marks one week and then kick eight goals the next.

“St Kilda has pick five in the national draft and we think that represents fair value for a player of Jake’s quality.”

Carlilse publicly nominated the Saints as his preferred destination on Thursday morning.

Bombers say they want pick 5 for Carlisle, Saints' Ameet Bains saying they're unwilling to give it up. Bit of work to be done on this one.