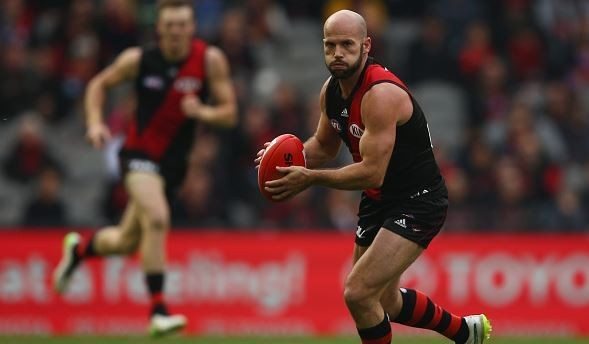 The 33-year-old informed his teammates of his decision to retire earlier today.

“It was a little harder than I thought,” Chapman said.

“I know it’s time so it wasn’t hard to fathom that, but just to tell the guys that this was it and I was leaving.

“I know what I’m leaving behind and not being able to come in here and see these guys, 40 of your mates, it’s tough.

“I’ve got one more game to go out and have some fun and hopefully have a win with these guys.”

The three-time Geelong premiership player moved from Geelong to Essendon after 251 games for the Cats.

“I made heaps of great mates from Geelong and Essendon,” he said.

“Football has been very kind to me and I’ll always treasure all of the memories – good and bad, because that’s footy.”

Chapman will play his 29th and final game for the Bombers, after joining the club at the end of the 2013 season.

Two Victorian clubs in hunt for star Demon, per report