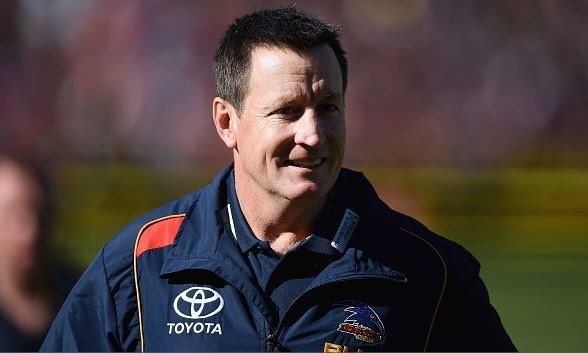 “The story is that they offered him a five year deal on very good money,” Burke said.

Burke said that several candidates have pulled out of the coaching race due to Essendon’s strong interest in Worsfold.

“It’s just another sign that Essendon don’t handle things well at all and going over there (to Adelaide) when they’ve got a process in place, they’re asking other prospective coaches to put together submissions and attend interviews and yet they go over and try and entice John Worsfold.”

“So if I was one of those other candidates I would be saying listen you sort out John first and if he’s not interested then come back to me, because I’m not going to put in all this work when you’ve already got someone else that you want to coach the team.

“The story is that the actual coaching selection committee that Essendon have put in place, they weren’t aware that they (Paul Little, Dyson Heppel, Jobe Watson, Xavier Campbell) were going over and talking to John either, so some of those guys are thinking hang on what’s my role in all of this.”