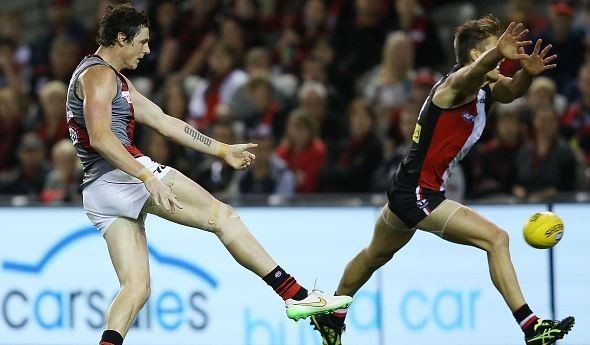 Essendon and St Kilda have hit a major road block in negotiations.

The Herald Sun has reported that Essendon will not let Carlisle join the Saints for any less than St Kilda’s first round draft pick in this year’s draft, which is pick No. 5, but the Saints are refusing to put that selection on the table.

Dons list chief Adrian Dodoro told the Herald Sun on Sunday a pick later in the first round would not satisfy.

“It’s pick five, which will eventually be No. 7 or 8 with the academy boys anyway,” he said.

“We’re firm it should be pick five. We think that’s fair — he’s our player and we want to retain him.

“We haven’t received an official offer from the Saints yet so hopefully (today) we get one. But that’s the cleanest, fairest way of doing it.

“He’s 197cm, he’s the best key-position player available and he walks into their starting line-up and plays centre half-back against the best forwards in the comp.”