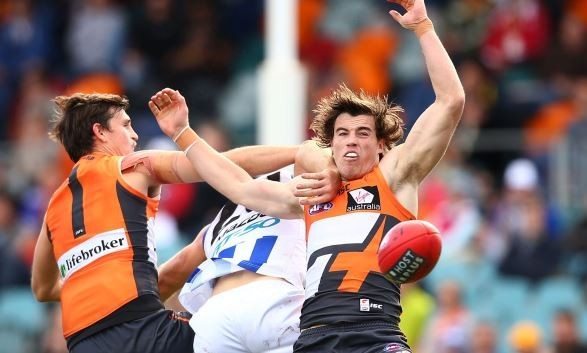 Carlton has met with GWS defender Lachie Plowman ahead of this year’s trade period.

The Herald Sun has reported that the 192cm backman, who was the No. 3 pick in the 2012 National Draft is keen on a move home to Victoria.

Plowman has met with Carlton list manager Stephen Silvagni, however, it is understood that several clubs are interested in acquiring the 21-year-old.

Plowman is contracted until the end of next season, however, he has told the Giants that he wants to leave.