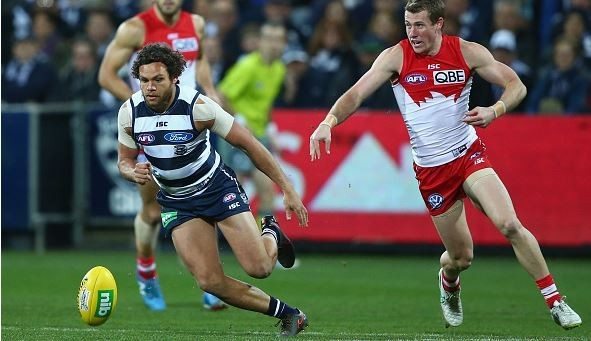 Motlop’s contract has been the subject of much speculation during the season, with North Melbourne in particular heavily linked with the speedster.

But Blicavs believes his teammates is not far away from re-committing to the club.

“We’d like to sign him in the next week or two and I think he will,” he said.

“He gives us that run and bit of flair that we need, and he’s really good in the contest too.

“He’s got a lot of good mates at the club and he’s established himself as a Geelong player. I can’t see why he wouldn’t be there next year.”

Motlop has enjoyed a stellar season, averaging a career best 22.8 disposals per game and kicking 25 goals.