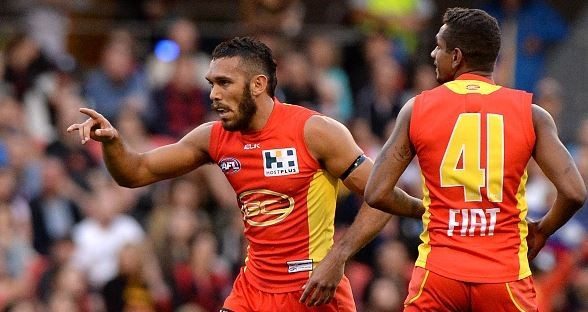 “If you’re looking to go the next step and find some X-factor, he’s your man without a doubt,” Johnson told the Herald Sun.

“He’s got all the potential to be one of the elusive players of the competition.

“If you put him amongst Martin, Cotchin, Deledio, Edwards, Ellis … he becomes a weapon of the game.

“They probably need to add in that speed that they’ve lost in (Matty) White over the last couple of years.

“That’s probably what Richmond need, that sort of guy that can break away from a contest, speed off and then use his skills to hit targets.

“If you look across all his games, his numbers are at an elite level. There’s no doubt that he can play at the highest level.”

Bennell was sacked earlier this month after the club finally lost patience with the ill-disciplined 22-year-old after he was arrested for disorderly conduct in Surfers Paradise.