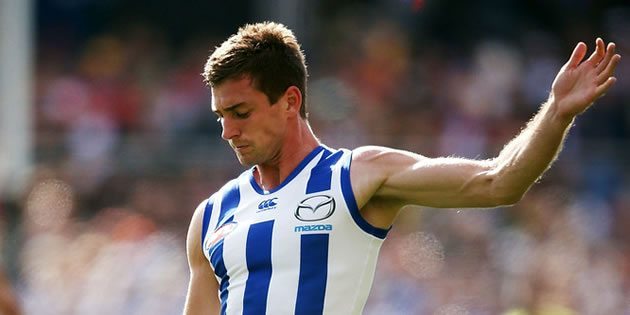 Atley headed a list of young Roos set to come out of contract at the end of this season, including Aaron Mullett, Sam Wright, Majak Daw, Ben Jacobs, Brad McKenzie, Trent Dumont and Kieran Harper.

The 22-year-old’s speed and ability to break opposition lines make him one of the most exciting talents among the Roos’ emerging group of youngsters.

Atley told AFL.com.au on Tuesday he had no hesitation in signing a new three-year deal with North so early in the season.

“It’s obviously good to be re-signed for another three years, the club’s entering an exciting time so it’s good to be part of it,” Atley said.