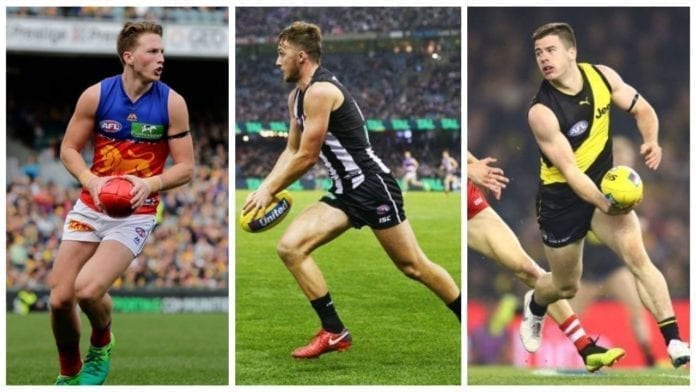 We are now exactly one month away from the AFL trade period deadline and with plenty of big name free agents and departing stars taking up a majority of the headlines, we have delved into the situations transpiring for some of the league's out-of-favour fringe players.

The Tigers, Lions and Magpies survived the initial drop off and reached the top eight in 2020, but for some of their players, the confronting doubt surrounding their futures stands as the big picture.

For three of these players, we touch on their position with the club and what their list managers might be thinking.

The Tigers forward has played just once since round 15 and 10 games for the season, struggling to cement his place in Damien Hardwick's side for 2020.

It was reported earlier this month that rival clubs were showing interest in the Richmond live-wire and with one year left on his contract, he could be tossing up his future.

“I think they may have been a few calls made (by opposition clubs) on this,” SEN's Sam Edmund reported.

“Given his status (not being in the side), definitely calls have been made.”

While the Tigers will be keen to hold onto Higgins, their may not be enough room for the goal-sneak.

According to AFL Media, Brisbane are open to offers for the defender after losing his place in the Lions back-line.

Witherden has featured for the Lions on just six occasions this season after playing 44 matches between 2018 and 2019.

With Callum Ah Chee, Grant Birchall and Brandon Starcevich all holding their own in defense, Witherden could be the one on the outer.

The rebounding defender has shown great promise since his debut, holding enough potential to warrant a spot on a rival clubs list.

The glaring dilemma the Magpies face of retaining star duo Darcy Moore and Jordan De Goey on top of negotiations for Josh Daicos and Brody Mihocek could see the Collingwood wingman depart the Holden Centre.

Daicos' shining season will likely push Phillips out the door, with the Magpies potentially set to throw the 24-year-old on the trade table for the second time in as many years.

A hamstring injury ended his 2020 campaign, with his place in the side in question all together.

There is destined to be interest from rival clubs and Collingwood will be all-ears.