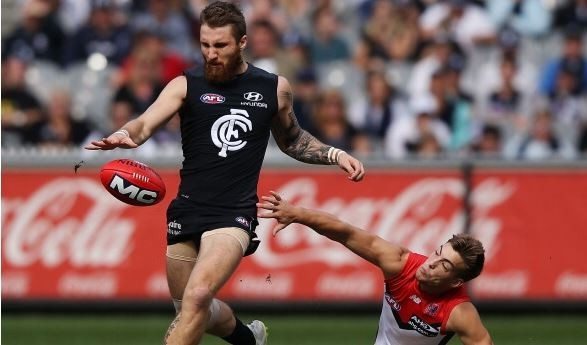 The AFL Coaches Association has revealed its 2015 All-Australian team, with some surprising selections.

“Opposition scouts from about five or six different clubs got together and said this is what the make-up of a team would look like in modern day football,” Buckley said.

“I personally believe that the Coaches Association votes are about as pure effect as you can get on a game.

“If you look at the ladder board, it’s weighted towards midfielders. Coaches still believe midfielders have the biggest effect on games.

“But it’s the two coaches getting together and saying ‘you worried me the most’ versus ‘we need these guys to stand up and they did’.”

Three players who did not make the 40-man All-Australian squad were named in the squad; Zac Tuohy, Cale Hooker and Bernie Vince.

The official All-Australian team will be announced on Tuesday night.