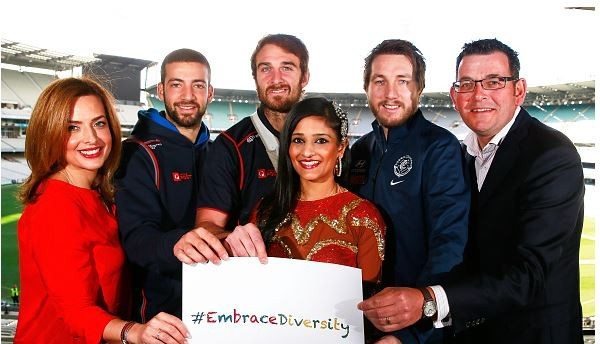 The AFL has been forced to apologise to an Australian designer after copying artwork for a logo.

The Herlad Sun has reported that the logo that the League used to promote multicultural round looks almost identical to artwork created for the NBA by designer Tyson Beck.

Beck is employed by the NFL, NBA and MLB for his designs and also designs banners for the Melbourne Demons.

Beck told the Herald Sun that the design was plagiarism plain and simple.

“I understand design styles and trends can be mimicked but if you put these two images side by side, the grid is the same, the colours are the same and even the banknote style is the same,’’ he said.

“They have obviously plagiarised it.”

“This is just crossing the line. The reason this is important is I have walked into stores and seen my work getting sold illegally.”

Beck said he does not want to sue the League, but he could be significantly out of pocket due to the design being produced and sold illegally.

The League has aplogised and said no one in-house from its staff was involved in the project.