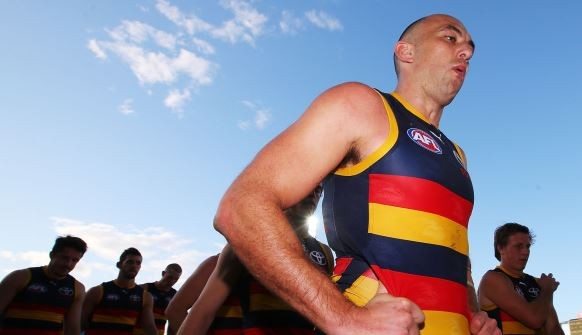 Podsiadly played 104 games with Adelaide and Geelong, including the 2011 premiership with the Cats.

The key forward took the long road to the AFL. He was rookie-listed by Essendon and Collingwood in the early 2000s, but let go by both before playing a senior game.

Podsiadly was working as a fitness coach at the Cats and playing for their VFL affiliate when the club offered him another opportunity as a rookie at the end of 2009. He made his long-awaited AFL debut against Fremantle in Round Three of the following year at the ripe-old age of 28.

The strong-marking goalkicker played 83 games in for four years with Geelong before joining the Crows ahead of the 2014 season, where he played a further 21 games.