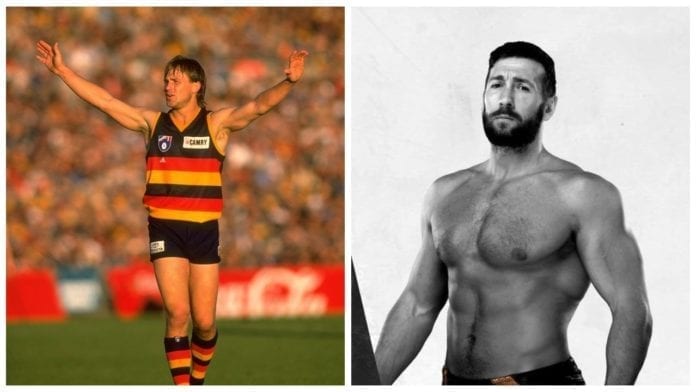 AFL legend Tony Modra will be getting involved with wrestling, but not personally.

The former Crows and Dockers high-flyer will have his name thrown into WWE after an Australian wrestler who went by the name Brendan Vink chose to take on Modra’s name.

The 31-year-old is a huge Crows fan being born and raised in Adelaide, and did a decade travelling locally around Australia under the moniker Elliot Sexton.

Since then he has featured signed with the WWE as well as featuring on their network NXT TV.

In April he made his first appearance on Monday Night Raw and even scratched a pinfall win.

Let’s hope that the wrestler adds some more glory to the Modra name.

Bulldogs president to step down