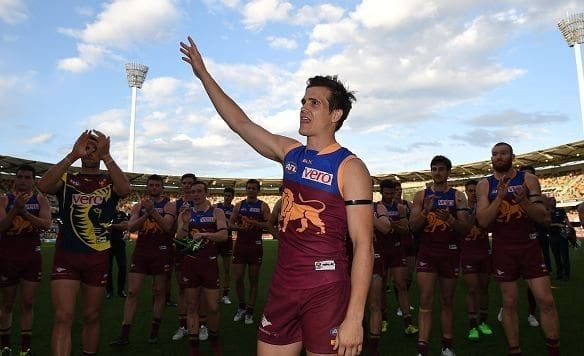 Former Brisbane captain Jed Adcock has met with one club and hopes to meet several more as he looks to extend his AFL career after being dumped by the Lions.

"I was bitterly disappointed with how things turned out - it's always nice to try and go out on your own terms," Adcock told AFL Trade Radio.

"But at 29 I definitely feel like I've got some really good years left.

"I've been in front of only one (club) so far and it went pretty well, but there's no guarantees at the moment (and) we're trying to outline the fact that I feel like I can still play some really good footy.

"I can play either end of the ground now, maybe a little bit through wing and the middle as well, add some really quality leadership at a club.

"But also after a couple of years playing, hopefully there's a future there for me to go into coaching."

However, Adcock, who has played 206 career games with the Lions, refused to reveal which club he has met with.