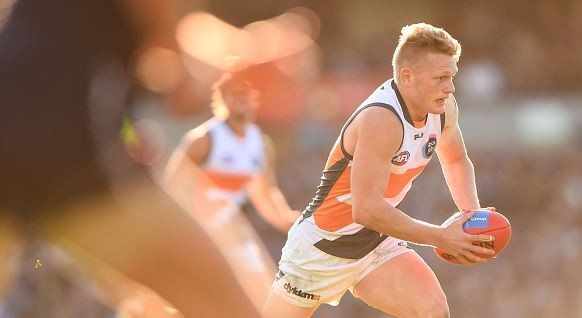 A Collingwood video of Adam Treloar signing his contract and speaking about his move to the Pies before the deal has been officially completed has been leaked online.

The video, which was produced by the club, emerged online last night and showed Treloar in a Collingwood polo shirt talking about his move.

“It’s a little bit weird that now I’m pulling on a Collingwood polo – I’ve been used to the Giants for five years but I’m very excited at the opportunity,” Treloar said in the video.

“It’s been a tough decision, but one that I am at peace with. I think it is the best decision for myself and my family, and I can’t wait to get stuck into the pre-season and run out in round one in front of hopefully 90,000 people.”

Collingwood Football Club said that the video was filmed on Friday and that it was intended to be held back until the paper work was officially lodged.

The club says that the surfacing of the video could be the result of the system being hacked.