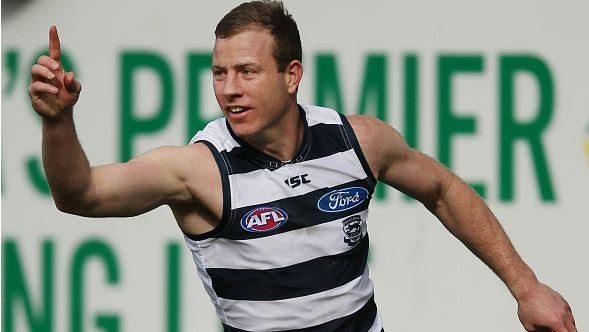 Johnson’s career at Geelong is over after his contract was not renewed by the Cats and Ablett said he had spoken to the Norm Smith Medalist about playing on at the Suns, with Johnson believed to be keen to continue his career.

“I did contact him,” Ablett told Channel 7 on the Brownlow Medal red carpet last night.

“I just wanted to find out what he was thinking … obviously the decision was made and I think he came out publicly and said he was pretty keen to go on, so I just gave him a call and said, ‘Look, mate, if you’re interested I’ll speak to the club on your behalf’.

“I’m pretty sure he is keen to go on for another 12-24 months with a coaching deal afterwards.

“That is something the club will talk to his manager about and if we feel he is the right fit then he will be running around for the Gold Coast next year.”